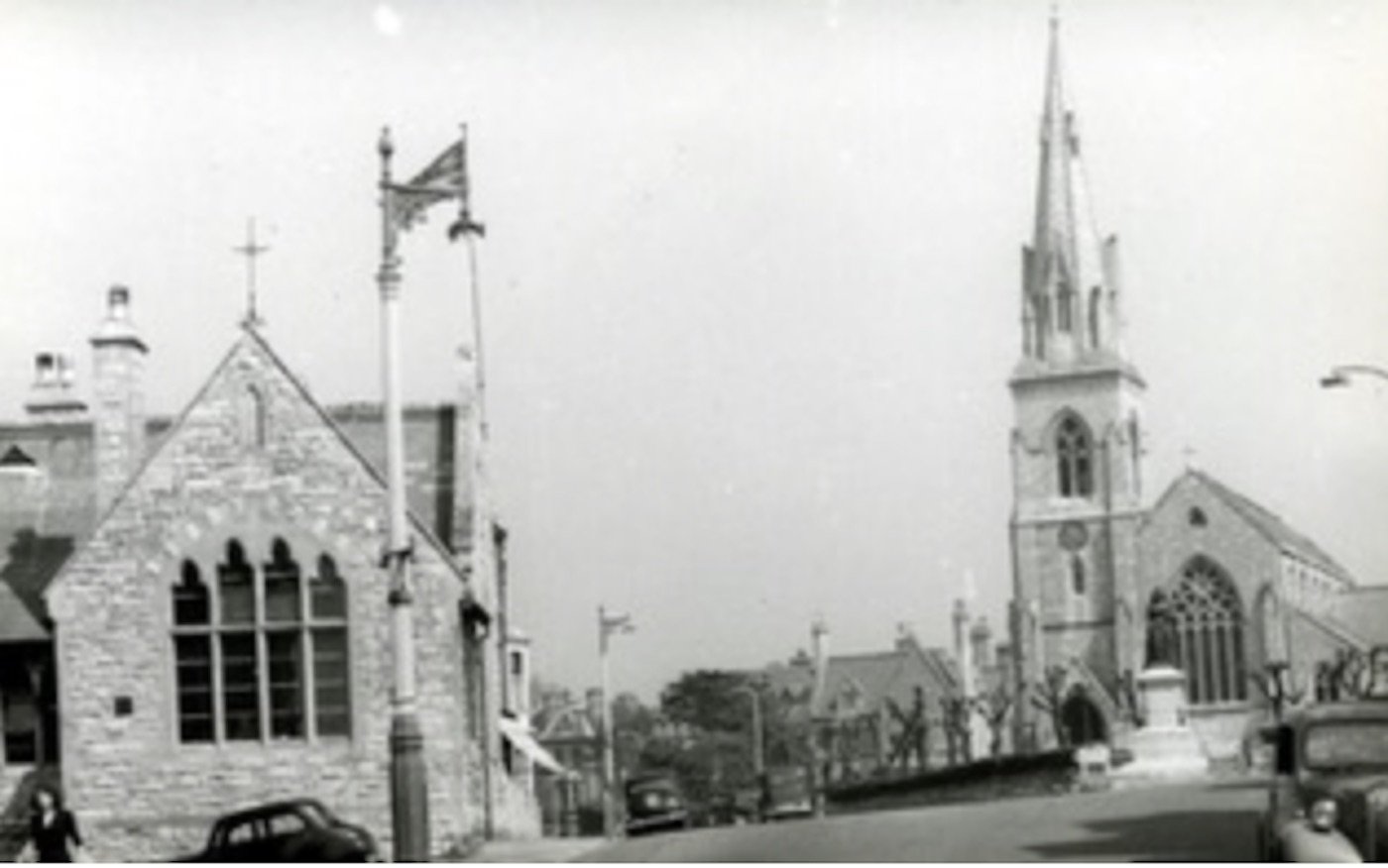 The church building was built in 1850-54 by Philip Dodson to the designs of Talbot Bury. The chosen site, at the northern end of Weymouth Esplanade, had to be purchased from the Johnstone estate for £150, and was built with an adjacent Vicarage.

St John’s has been Grade II* Listed since 1953. Built largely of local Portland Stone, St John’s has been described as having a “Decorated Gothic” style, with elaborate gargoyles and pinnacles, and large numbers of stone carvings to be found inside the Church, together with an intricately carved stone altarpiece and several magnificent, stained glass windows.

The lofty tower and spire are reminiscent of the work of Benjamin Ferrey who was the Diocesan architect at the time.” In an 1869 travel guide covering Dorset, the church was described as “by far the best ecclesiastical edifice in the place”.

It was consecrated on 19 October 1854 by Bishop Hamilton. Being a fine day the children were treated in the evening ‘with juvenile dainties, tea and plum cake, and entertained with a magic lantern’. The transepts were added around 1868, while the entire church was restored in 1883.

To the newly formed parish came a young man from St Mary’s Church in the centre of the town, where he had been a curate for five years. The Rev. John Stephenson, later to be made a Canon, embraced the challenge with energy and dedication.

The Church was restored in the 1960s, with more major works in 1985, and is currently being renewed internally for future generations to enjoy.

St John’s is a Grade 2* listed building, you can view the details on the Historic England Website.

This website collects and stores limited data on its users. By continuing you consent to our terms and your data being collected.