A Summer of Fresh Air and New Wine…

How does that sound?

I fully hope that in the Autumn we will be able to run two weekly Sunday services – one with a liturgically traditional flavour – the other much more informal and charismatic. I’m looking forward to this development and to both services being wonderful opportunities for worship, discipleship, fellowship and growth.

But we can’t do that yet. Restrictions remain in place and we can only offer one ‘in person’ service on a Sunday over the summer – as well as our online provision.

I know that the current 9am weekly service rules a number of people out – either because of the early start, the restrictions, the lack of provision for children or concerns about being inside.

The Open Air services, however, address many of these issues – the fresh air, the space for children and families, the permission to sing and not wear masks and adequate space to ensure social distancing can be observed. These services are, therefore, the safest and most inclusive gatherings we can offer at the moment.

So we have decided that there will be an Open Air Service in the church grounds at 10.30am every week from Sun 11th July – Sun 29th August. This will be instead of the 9am service.

In dodgy weather the service will be held indoors – which will of course trigger current restrictions and limit numbers – but this will be decided and communicated by 9am on Sundays at the latest.

I hope that this will allow us a fantastic summer of worshipping together in a reassuringly safe way.

As well as this – you are also invited to come and experience New Wine on the big screen in the church. New Wine is a summer festival that this year is only happening online. That means that we can all experience it without having to go camping in Peterborough!

Check out the ‘Summer Programme’ for the details of when we’ll meet in church – but you can find out more about New Wine here: United Breaks Out – New Wine (new-wine.org) I am sure that these gatherings will be incredible and I urge you to prioritise them. Amazing things could happen!

So – here’s to a summer of fresh air and New Wine – enjoy!

Recently I received an e-mail from my pharmacy to say that they couldn’t find supplies of a particular repeat prescription capsule that I take twice daily. What on earth should I do, as I have my prescription drugs sent to my home?

They suggested I could contact other pharmacies to see if they could help. What a task – I wouldn’t know where to begin. So I prayed about the matter and left it with God.

Two days later when we were in town, I had a nudge (I believe from the Holy Spirit), saying go to Boots chemist in Weymouth. I saw the pharmacist there and he had the capsules in stock. He said he would reserve them for the rest of that day, and suggested I contact my GP’s surgery so that a prescription could be sent electronically. This I duly did, from our non-smart mobile phone. At the time I was having a mug of tea at our favourite café by the beach.

By early afternoon the surgery phoned to say the prescription had gone over to Boots and because I receive my prescriptions by post, the Well Pharmacy Centre, based up North, sent an authorisation e-mail code, to enable the drug to be collected from Boots.

So what can we learn from this?

The action of prayer is pro-active; that having a relationship with God, means that I needed to obey the prompt, otherwise nothing would have happened.

Although God can answer prayers in all sorts of ways, it is good to know that in our relationship with God, we also need to listen to him.

On TV programmes concerning house sales they talk about the WOW factor. Sometimes people know that a house is either right or wrong for them in the first moment of their visit. My first visit to St John’s came after a gap of 6 months and my reaction at the door was WOW!

I saw the splendid carpet, the freshly painted walls, the ramp up to the dais and the original Chancel tiles. But the biggest WOW was seeing the kitchen, still a work in progress but looking magnificent. When hot meals are being served from there I’ll be first in the queue!

(Thank you to Roger for sending the photo)

Just looked at the date – 6 calendar months to Christmas – and remembered a Sunday evening service one summer holiday. I don’t recall the year but definitely summer with holiday makers present. It was a simple format – not quite bingo hymns but we were asked on the evening to choose our favourite hymn. Almost like Songs of Praise but not so formal. “Put your hand up if you have a favourite hymn.”

Talented musicians played the hymn requested and we sang.

Well, my hand went up and in time I was selected. I don’t recall other choices made and the comment was rather quizzical. “Not very seasonal but it is a hymn!” when I shared my favourite that evening.

In the bleak midwinter remains a favourite today, especially the last verse.

The name ‘A Rocha’ mentioned in the last few Jottings may be new to some people. It is Portuguese for ‘The Rock’.

A Rocha is a Christian environmental charity which began in 1983, when Peter and Miranda Harris visited As well as monitoring the southern Portugal as mission partners with Crosslinks. They had a love for the natural world and felt called to find a way to protect this tourist part of the country from overdevelopment.

A field centre was set up next to the Alvor Estuary on the Algarve. It was used to record the local birdlife and biodiversity. The centre was called A Rocha. It is still in use today. Over the years, this vision caught on and similar field centres, have been set up in 19 countries.

In 2001, A Rocha UK was founded by Rev. Dave Bookless in Southall, a poor multi-cultural area of West London. In partnership with the local council, they transformed a small run-down area of land into a wildlife and recreation area. It became known as Minet Country Park.

As well as monitoring the wildlife species, it is also used as an outdoor teaching resource for local children.

A Rocha now is a worldwide movement, helping people to understand, appreciate and care for nature as something that has a value in its own right, because it is God’s creation.

Their projects are small scale, in areas rich in biodiversity and at risk of the adverse effects of habitat degradation due to development and population pressures. Details are available on the website https://www.arocha.org.uk.

A Rocha UK launched the Eco Church scheme in 2016 to provide a framework and toolkit to mobilise churches to care for creation as a central part of Christian mission and lifestyle.

There are now over 3,000 registered Eco Churches, including our own church. Valerie gave a summary of this scheme, in the May edition of Jottings.

Over the last few decades, many other Christian charities like A Rocha have been active in protecting God’s creation.

As always, for those interested, there is plenty more information on various websites.

Recycling doesn’t have to be too difficult. It’s a very complicated issue but sometimes it’s just a case of remembering!

Terracycle is a company that operates ‘niche’ recycling projects, where there are collecting points for those hard-to-recycle items such as crisp packets and dental care products.

For about two years I have been collecting used biros, felt tip pens and marker pens from anyone who remembers to give them to me. College is a great place to have a collecting box! When we have enough they are delivered to an official Terracycle drop-off point (by one of my lovely work colleagues).

The great news is that I am now branching out and am happy to relieve you not only of your redundant writing implements, but also your empty blister medication packs.

Superdrug pharmacies, in liaison with Terracycle, accept them for recycling. We have a lovely neighbour who is willing to take them to work with her to add to the mountain.

So please stop me (or Dave!) to hand over your old pens and empty blister medication packs. There won’t be a prize for whoever brings in the most, just the joy of knowing that they won’t go into landfill. Christians gathered along the 630 miles of the south west coastpath to pray near every mile marker. The prayer was to stand together asking God for His kingdom to come in the south west region. There were three groups form St John’s at various designated points and also groups from other churches spread over the area.

Between starting at 10.30 and ending at 11am prayers thanked God for His gospel brought to our shores, prayed prophetic prayer over the land, sang and praised God over the land.

It was amazing how quickly 30 mins went as 6 of us gathered to pray in Bincleaves Road as the coastpath was diverted due to landslip. An amazing time!

A second grand daughter for Mike and Hilary Lidstone arrived on 27th May, called Isabelle; her older sister Amelia is now 2 years and 7 months old. Our daughter Rachel and son-in-law Steve, moved from Australia to live in Singapore in January this year, due to Steve’s work. We thank God for another safe delivery, and look forward to the time when we can have real hugs, rather than virtual ones! 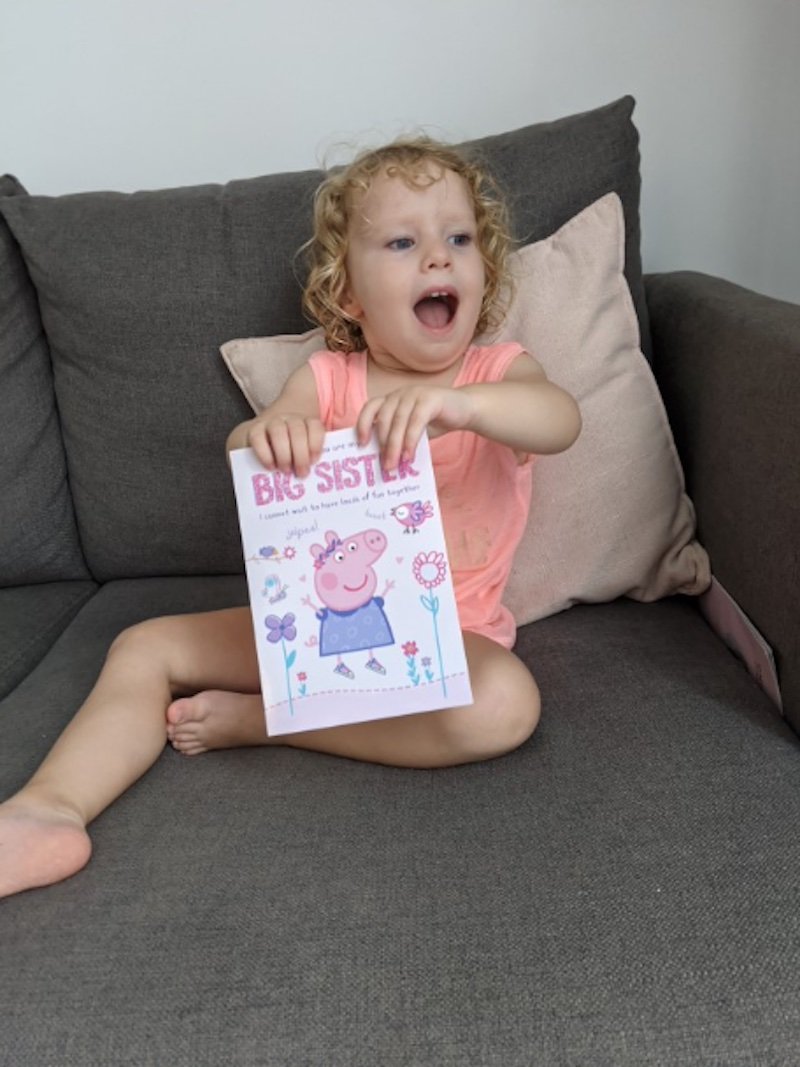 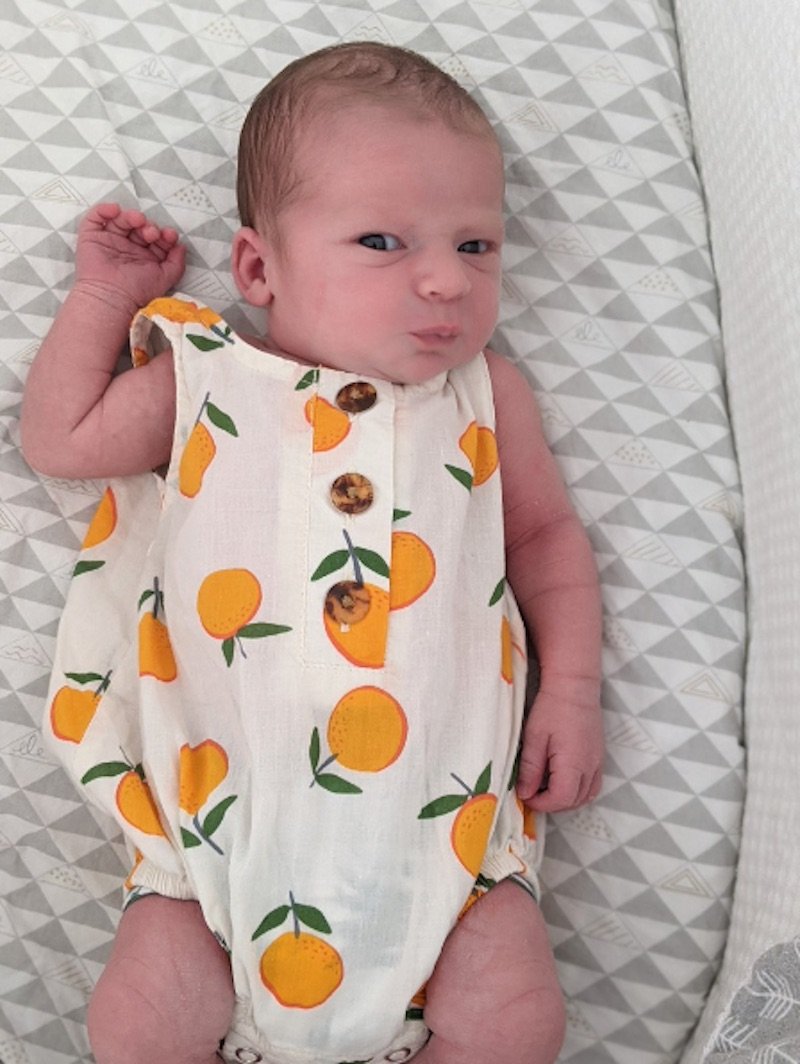 The Marie Curie Nurse by Beverley A. Ballard

Christine Clay’s eldest daughter gave her permission to share this poem which she wrote for her Aunt Cher who is a Marie Curie nurse.

This website collects and stores limited data on its users. By continuing you consent to our terms and your data being collected.